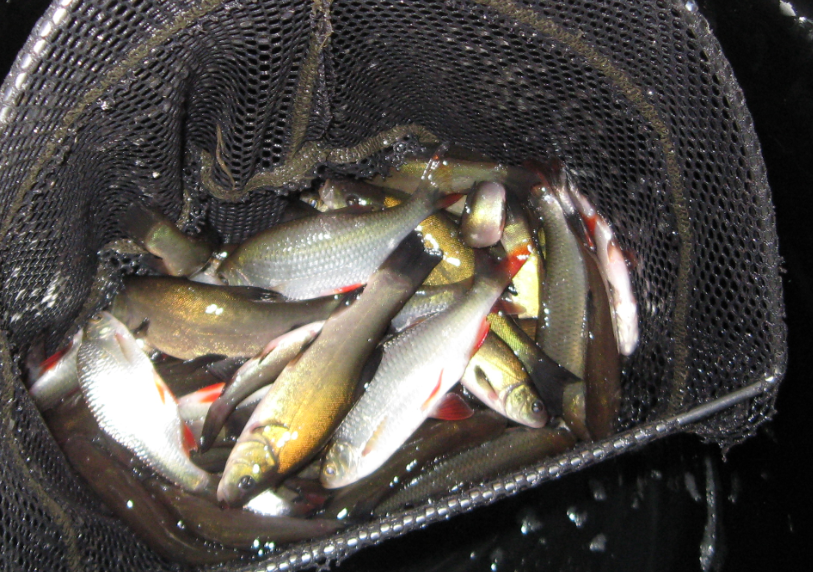 Seasons Greetings to all our Members

The committee would like to wish all our members best wishes for the festive period and tight lines for 2017.

Over the August bank Holiday weekend a Charity Match will take place at the Spider Hall complex.

The chosen beneficiary is the Demelza Charity which  provides professional, specialist, one-to-one care and support and access to life-enhancing facilities for babies, children and young people up to the age of 19.

Entry is £25 and each angler is asked to raise a minimum £75 in sponsorship for this excellent cause.

Further details will be available in the new year.

If anyone would like to donate a prize for the raffle or knows of any suitable shop or company that may be willing to support the event please contact Ron Busby who’s details are on your club card.

Once again the club has received around 1,000 fish from the EA fish farm in Calverton. The Chub and Barbel, plus a number of Dace were introduced into the river at Barming. This year, only the Barbel were marked. If you catch one please report it on the club website of to a member of the committee.

Note: The downstream path works are in full flow and car parking is not only limited but also very muddy!

Last week we were given around 1,000 fish comprising of small Bream, Tench, Rudd and Roach. The majority of these fish were put in the lake at Mote park. Although the water has a good head of Bream already, there is a concern that the old stock aren’t breeding and we’ve decided to take action now before we experience a generation gap.

Likewise, the Tench may kickstart a revival to what was once one of the best Tench waters in the county. We also plan to improve the habitat for the Tench in the near future. A sample of the fish released in Mote Park

Around 20% of the Tench and Rudd were put in Wierton Reservoir, where we will be stocking a further number of Tench in the new year.

This years Christmas match was fished by 30 anglers at Hartley Lands Fishery for perhaps the last time. Paul Ward has decided to sell the fishery and it is unclear how or if our current arrangement will continue.

The match was won by Steve Giles from Pear Tree lake with Jeff Davis taking the honours on Nicks.

An alternative commercial fishery is being sought for next years event.