It has been noted that many members are leaving their renewals until early June. We would like to point out that your membership expires on May 31st so we suggest sending off your renewal two weeks prior to it’s expiry.

No card, no fishing, no excuses, no exceptions.

It’s that time of year when many fish are doing what comes naturally. Please leave them to do their business in peace and don’t go dropping baits in the middle of them.

Polite reminder that Mote Park is closed for it’s annual rest for the whole of June. If you see anyone fishing during June please contact a bailiff if you don’t feel comfortable informing the angler(s) yourself.

On Saturday 20th May a group of Scouts from the local area visited or Hothfield venue as part of a new initiative to involve local groups in our club. The event went extremely well as the following quote from the scout leader confirms: ‘The scouts we absolutely wrapped and arguments rage as to whether two Pike offset the extra roach. Your guys on the lake this morning could not have been more helpful, I cannot thank you and your guys enough. The highlight of the camp.’

Following a tough couple of years from when we first had this water, the clubs labours are finally reaching fruition.

Bags of good size Roach, Tench to 4lb and Crucians are now being caught by anglers enjoying the scenic surroundings at the water. 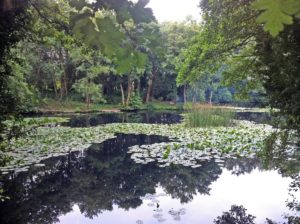 Apart from the work the Ashford crew put into the water in the first place, a big thumbs up to Chris Lewis who has taken it under his wing to do his share of tidying up and provide regular updates on the forum.

Our Spider hall complex sprung into life in May with several 30lb+ fish seeing the net, including a PB at 32lb 8oz for chairman Ron Busby pictured below. As with all Carp anglers, he tried to keep it quiet, but a few photo’s were spotted on social media so we nabbed one.

There are still a handful of tickets left for the Charity Carp match which is taking place over the complex in late August. See details below to be involved in this raising money for this great charity.

The 2017-18 matches are well underway with large numbers attending all of the fixtures so far. With this in mind please be sure to book in for all matches except for the Evening Shield. Mike Rose is running the Float Only series this year, his details are on the booking threads on the forum.

Just as important as booking is letting someone know if you decide not to fish. It’s likely that at some point this season we will sadly have to turn anglers away, so to then have someone just not turn up would be unacceptable. even if you wake up on the morning and think you don’t fancy it (or have a better offer…) a simple text will be appreciated.

Plenty of decent weights came out of Aldington on the opening match and Wierton was peggy with the island swims producing the bigger weights.

In the Inter-Club matches we had mixed fortunes, with a defeat away to Linton AC at Stallance Res and a victory on the canal at West Hythe with Lou Buells leading our top four to a comfortable win on the day.

Most recently, our club match at Mote Park produced no fewer than 21 dry nets with the fish spawning and the water low and clear. Steve Wilson taking the honours in this one with two Bream from The Gravels.